Free shipping on orders over $100. Details U Joint Pullers  -  Disassembles even the most seized U-joints in minutes. For Your Tiger Tool

For more than thirty years, Tiger Tool has been leading the way to ensure that technicians “Have What It Takes” to get the job done…and done right.

When it comes to quality, performance and reliability, there simply isn’t a better product on the market. With our limited lifetime warranty, unsurpassed customer service and commitment to quality, it’s no wonder that you’ll find Tiger Tool products in use around the world. From axles to yokes – including the world’s greatest U-Joint Puller – we’ve got what it takes! 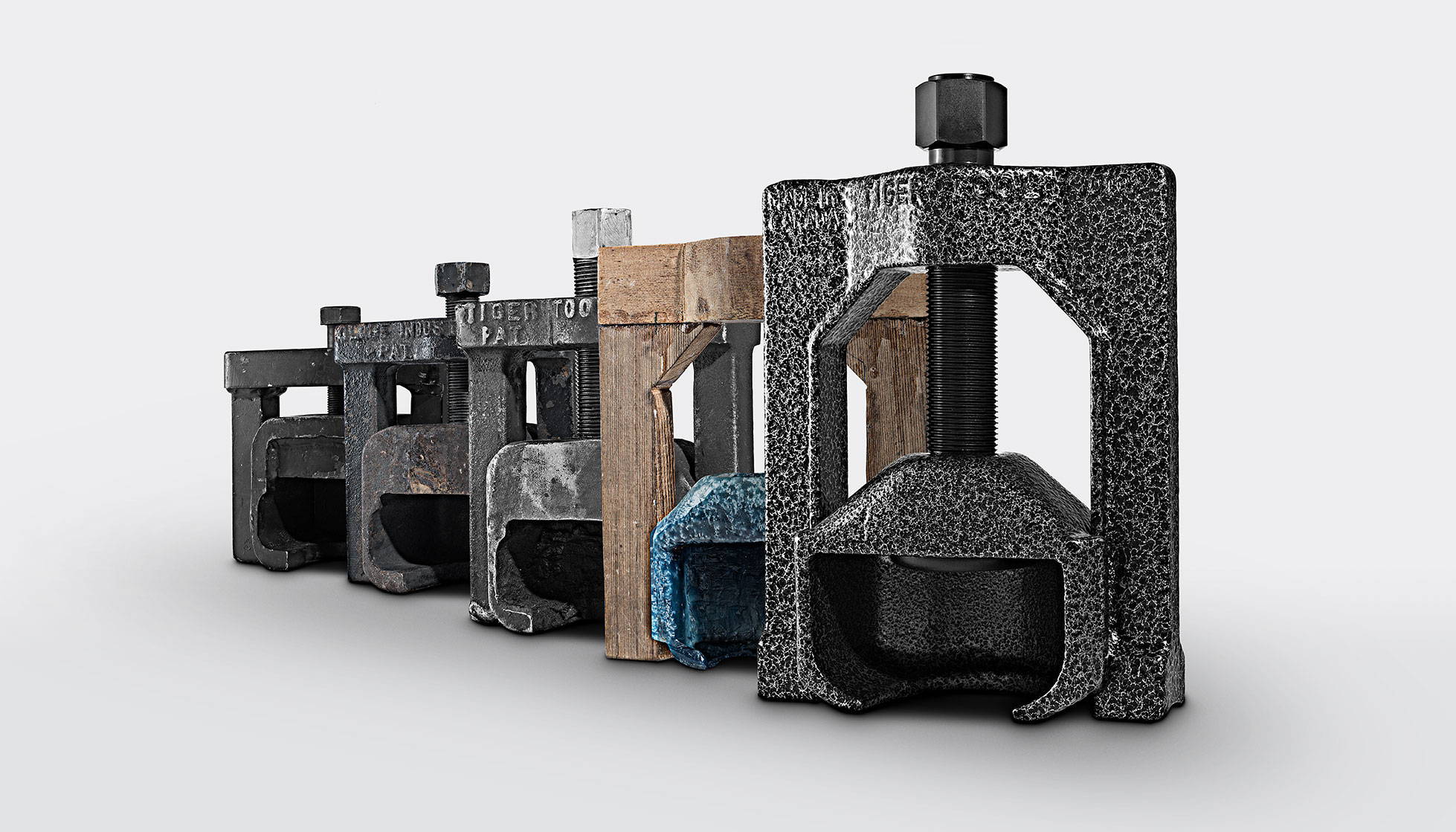 Technicians have what it takes to get the job done. So should their tools.

Mike Skoworodko, the owner of a fleet of highway trucks who was also responsible for their maintenance, was frustrated. He’d tried everything he could, including jacks, hammers and a cutting torch, to remove a seized universal joint from one of his vehicles but without success.The problem was a driveline that could not be disassembled without causing damage to other components on the truck. Mike was losing time and money. Leaning over the truck’s frame rails in complete frustration, he knew there had to be a better way.

After a few hours of creative thought and careful planning, Mike began working on a concept in his basement. Several prototypes were created and tested with different, sometimes disappointing, results but through sheer determination and perseverance, he came up with and then patented the world’s most efficient and effective Universal Joint Puller. He affectionately named it the “Mark-I”, after his grandson.

Mike had what it takes to be an exceptional technician: foresight, ingenuity and the drive to do things better. He believed then as we do now that, when it really counts, the right tool can make all the difference.

For more than thirty years, Tiger Tool has been leading the way to ensure that technicians “Have What It Takes” to get the job done…and done right.